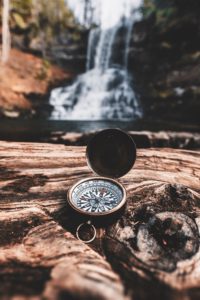 Over the past decade, mainly due to the financial crisis, banks have enjoyed lots of liquidity and been flush with deposits. Interest rates have remained near historic lows, making money cheap. And loan demand has remained relatively weak due to the slow pace (at least until recently) of economic recovery.

But all this is starting to change. Interest rates are on the rise as the Federal Reserve raises short-term rates and shrinks its balance sheet while economic growth gains steam, which is boosting loan demand.

In this environment, community banks are likely to face increased competition for low-cost core deposits from regional banks and non-banks that are paying higher interest rates.

Continued Liquidity Struggles
Community banks have been dealing with liquidity struggles for at least the past five years. In March, American Banker reported that deposits at banks with between $100 million and $1 billion in assets declined by 7.5 percent between 2013 and the end of last year. However, deposits increased by double-digit percentage rates at banks with more than $1 billion in assets during the same period.

This will continue to be a challenge as the Fed continues raising interest rates, which it’s expected to do as many as two more times this year. Retail customers tend to be especially rate sensitive and can easily shop around (including online) for higher rates on CDs and savings and money market accounts.

Online banks like Ally Bank, Capital One, and Marcus by Goldman Sachs are raising deposit interest rates the fastest. Regional banks and mega-banks are expected to start doing the same as the year goes on.

Generally, community banks have been hesitant to raise rates on deposit accounts, at least so far. This can be a risky strategy given how easy it is for customers to find higher rates online using their smartphones and laptops.

Brace for Higher Funding Costs
One thing now appears certain, though: Community banks should brace themselves for higher funding costs in the future.

Fortunately, there are still some things you can do to attract low-cost core deposits. Here are a few ideas to consider:

Start Planning Now
Now is the time to plan for how your bank will meet the funding challenges that may lie ahead due to changing economic conditions and growing loan demand. Schedule a meeting soon with your managers and board members to discuss these and other strategies for attracting low-cost deposits to meet your ongoing liquidity needs.

Please contact us if you would like to discuss more ideas for meeting your bank’s funding challenges 417-881-0145.

PrevPreviousTax Cuts and Jobs Act: What You Need to Know
NextLoan Underwriting Standards – Is It Time to Perform A Reality Check?Next