Four Industries for Community Banks to Watch in 2017 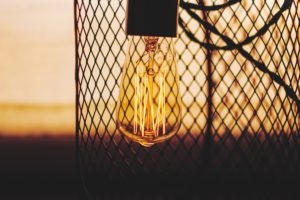 It’s hard to think that the current economic recovery started in the summer of 2009. It is now seven-and-a-half years long and more than twice as long as the average U.S. expansion.

It’s anybody’s guess whether this expansion will go on to set a new record or stall out sometime this year or next. The economic outlook is especially cloudy given the uncertainties of a new administration.

As a community banker, you might want to pay close attention to the length of the expansion for one simple reason: The heaviest loan losses tend to be incurred on credits made during the last two years of a recovery.

Exercise Lending Caution
In 2013, regulators published Interagency Guidance on Leveraged Lending with the intention of limiting how much money banks could lend to heavily indebted companies. Regulators were worried about the quick growth in the volume of leveraged lending and deteriorating underwriting standards.

Given the stage we’re at in the economic recovery — and the aggressive stance some community banks are taking with loan underwriting, structure and pricing — it might make sense to start exercising the same caution urged by regulators in leveraged lending with other types of loans.

In particular, focus your attention on industries with a historical tendency for problem loans. These include industries where borrowers have high levels of fixed costs with heavy debt layered in along with large investments in non-productive fixed assets. Also pay close attention to industries that are vulnerable to drastic changes in the political and regulatory environments.

The Four Industries
Here are four industries that might warrant especially close consideration this year:

Automobiles
It has been boom times for the auto industry recently, with record U.S. auto sales. But sales could slow down in 2017 if the economy hits a speed bump.

One trend that could negatively impact auto sales in the near-term future is an extension of the automobile replacement cycle. The average term for a car loan is now 68 months — a new record, according to Experian. As consumers stretch out their car loan terms further, they are in less of a hurry to buy a new car.

Energy
The energy sector has yet to recuperate from the downturn that started when crude oil prices plunged from over $110 per barrel in mid-2014 to below $30 per barrel by the end of 2015.

Oil prices have recovered somewhat, averaging around $43 per barrel in 2016, but they aren’t expected to reach anything close to triple digits again anytime soon. The U.S. Energy Information Administration is forecasting that Brent crude oil will average $52 per barrel in 2017.

However, the multi-family party could be winding down in the near future. Rents for urban apartments are soaring beyond affordability for many Millennials, while others who are starting to settle down are discovering the merits of single-family homes for raising families.

Some see a replay of the agriculture bubble of the late 1970s and early 1980s, and there are certainly some similarities. But it’s also important to point out the differences. For one thing, farmers today aren’t as leveraged as they were then and they typically have more equity due to rising land prices.

Indirect Effects
Even if your bank doesn’t have direct lending exposure to these industries, you still need to be careful. Your borrowers could be indirectly tied to these industries and thus affected by industry problems and weaknesses. Auto industry dealers and suppliers and the myriad industries connected to the construction industry are good examples.

Make it a practice to perform careful due diligence on businesses in the industries noted here before lending to them. Restrict lending activity to the strongest borrowers who practice conservative financial management, have low levels of debt, and can demonstrate a long-term track record of success.

PrevPreviousWhen Does a Gift Require a Gift Tax Return?
NextTesting for Impairment: Are Appraisals Required?Next