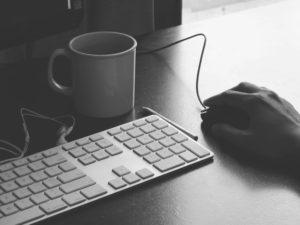 The 2016 filing season has closed with renewed emphasis on cybersecurity, tax-related identity theft and customer service. Despite nearly constant attack by cybercriminals, the IRS reported that taxpayer information remains secure. The agency was able to intercept thousands of bogus returns and prevent the issuance of fraudulent refunds.

Cybersecurity
Concerns about cybersecurity and the confidentiality of taxpayer information were paramount during the filing season. According to the IRS, its basic systems are attacked “millions of times” every day by cybercriminals looking for weaknesses. In April, IRS Commissioner John Koskinen told Congress that the agency’s basic systems are secure but cybercriminals did breach its Get Transcript App in 2015 and other applications are under constant probing and attack by cybercriminals.

Identity Theft
One of the greatest issues cybersecurity and the IRS experiences is tax-related identity theft. According to a government watchdog, the breach of the Get Transcript App in 2015 resulted in $50 million in fraudulent refunds paid to cybercriminals. Due to the filing season having just ended, final statistics will not be released until later this year.

Customer Service
The IRS’s level of customer service hit historic lows during the 2015 filings season. Nearly two-thirds of all calls to the IRS went unanswered and the agency disconnected millions of callers for so-called “courtesy disconnects.” There were long lines, in some cases a few city blocks in length, for in-person support at IRS service centers nationwide. The blame for this, as attributed by the IRS, can be placed on budget cuts and the inability to hire more operators.