Loan Underwriting Standards – Is It Time to Perform A Reality Check? 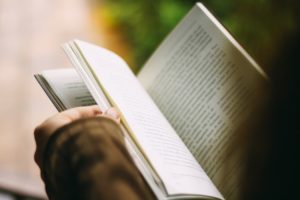 The economic recovery that began in the summer of 2009 passed another significant milestone in April when it became the second-longest U.S. expansion on record. If the expansion makes it to10 years next summer, it will be the longest expansion in U.S. history.

While this is good news for the broad economy, but it should raise caution for community banks. Historically speaking, small business loans that go bad are often made during the last couple of years of a recovery—which could be where we are right now.

Regulatory Concerns
The regulators have recently expressed concerns about this issue. In the recently published Semiannual Risk Perspective, the Office of the Comptroller of the Currency (OCC) National Risk Committee (NRC) encouraged lenders to “focus on maintaining sound credit standards within risk tolerances” considering the lengthy expansion.

The regulators want banks to understand the potential credit risks that could arise if economic conditions suddenly take a turn for the worse.

Other lending practices the regulators have expressed concerns about include the following:

Current economic conditions can make it easy for banks to make loans that some borrowers wouldn’t qualify for in a more normal environment. For example, low interest rates, combined with interest-only terms and longer amortizations, may result in an acceptable debt service coverage ratio for borrowers with high levels of debt. And low cap rates can yield higher-than-normal appraised values for commercial real estate pledged as collateral.

Performing a Reality Check
Given these concerns, now might be a good time to perform a “reality check” on your bank’s loan underwriting standards. One way to do this is to adopt a new formula that uses leveraged EBITDA to measure cash flow.

Re-examine Underwriting Standards Now
Don’t wait until problem loans start to rear their ugly head—by then, it might be too late to act. Re-examining your loan underwriting standards considering the regulators’ concerns could help avoid major problems down the road.