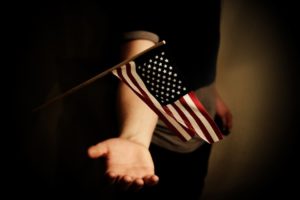 In December, Congress passed, and President Trump signed into law the biggest tax reform measure in more than 30 years: the Tax Cuts and Jobs Act (TCJA). The legislation contains a number of provisions that will be helpful to businesses.

With the uncertainty presented by the prospects of tax reform now behind us, many businesses can move forward with expansion plans that have been on the back burner. This is good news for community banks as it will likely lead to increase loan demand.

Beneficial Depreciation Provisions
Among the most significant TCJA provisions are the ones affecting the depreciation of business equipment. These provisions are designed to increase business investment and productivity and strengthen economic growth and create jobs.

Another beneficial depreciation provision of tax reform is a permanent increase in the Section 179 expensing limit. In 2018, this limit is increasing from $510,000 to $1 million, and will be indexed for inflation in future years. The expensing phase-out threshold is being increased from $2 million to $2.5 million this year, also to be indexed for inflation going forward.

Section 179 expensing allows businesses to deduct the cost of qualifying depreciable property (both new and used) and software during the first year, up to the threshold. Qualifying real property improvement costs are also generally eligible for Section 179 expensing. Improvements to the interior of retail buildings, non-leased residential buildings, and certain restaurant buildings generally qualify.

Lower Corporate Tax Rates
One of the centerpieces of the TCJA is a permanent reduction in the top corporate income tax rate from 35% to a 21% flat rate, starting this year. The 20% corporate Alternative Minimum Tax (AMT) is also repealed effective this year.

Analysts believe that commercial banks could benefit more than most industries from these lower tax rates. Because banks don’t typically make large investments in capital and equipment and can’t shift their earnings overseas, a larger percentage of bank earnings are subject to income taxes.

Start Planning Now
All of these beneficial tax reform provisions are effective now, so businesses should start reaping the benefit very quickly. This makes now is a good time to plan strategically for how your bank can be prepared to help meet the growing financing needs of your small business customers.