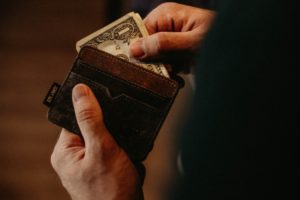 That’s the number of tax-exempt organizations in the United States, according to the National Center for Charitable Statistics. Whether you donate to your church, museums, environmental conservation funds, or human services organizations, it is likely that you will be impacted by the changes on charitable giving as result of the Tax Cuts and Jobs Act of 2017.

The law, which was passed in December 2017, doubled the standard deduction to $24,000 taxpayers filing jointly, reduced tax rates, limited the mortgage interest expense deduction, eliminated the miscellaneous itemized deductions and limited the amount taxpayers are allowed to deduct for state and local taxes.

Giving by the numbers
About $410 billion was given to charitable organizations in 2017, according to Nonprofit Source, which is a 5.2 percent increase from 2016. Economists estimate that the nonprofit sector could see a decline of as much as 5 percent – or about $20 billion – in 2018 contributions, Market Watch reports.

While this shift will have a large impact on the operating budgets of nonprofits, these changes will also impact individuals and small business owners who rely on tax break deductions. For example, if an individual has $15,000 worth of taxes and $10,000 of that amount is comprised of property taxes and mortgage interest, and $5,000 of that amount is in charitable contributions, the only bucket left for strategic financial planning is in charitable giving.

Planning for the future
These donations are about more than just the money, they’re also about passion. Emotion is the largest driver of philanthropic giving, according to David King, president and CEO of nonprofit fundraising counsel Alexander Haas. Giving back to the communities that build and shape us is important, and it’s more important than ever.

While the Tax Cuts and Jobs Act has made it more difficult for business owners to meet standard deductions, those write-offs aren’t out of view. If you’re a small business owner, developing a tax preparation strategy will allow you to leverage the law to your advantage. Please contact Ray Moncrieffe or another member of The Whitlock team.

Because we are committed to keeping you in-the-know, we have started a four-part blog series examining the impact of Tax Cuts and Jobs Act on businesses. Check back next month when we delve into individual income tax.

Ray Moncrieffe has more than 25 years of national and regional experience in the accounting industry. Throughout his career as a tax manager, he is skilled in tax preparation, consolidation, account reconciliation, corporate tax and financial reporting.

PrevPreviousWhy your startup should outsource its accounting
NextCECL is Coming – Is Your Bank Ready for This Seismic Shift?Next